Hey you! I hope you are doing amazing. I am extremely excited to be sharing with you because as you can tell from the title, this week I met one of my fave celebrities, especially from when I was in high school: Christina Milian!!!!! EEEEAKKAKAKKKKHEUIE (me shrieking in joy)!!! She is SO beautiful and her personality is equally gorgeous.

I was invited to go to the 20th Rocky Mountain Wine and Food Festival at the Shaw Conference Center in Edmonton. It was on November 10th & and 11th. I went on the first night after work with my girl, Hawa, and it was a PACKED hall. At the event you bought tickets for $0.50 each and each booth had an amount of tickets listed beside items you could sample. The booths were various wine, liquor, beer, pub, and restaurants that you could find in Edmonton, AB. It’s a great way to try a bunch food and drinks of places you haven’t been to before to see if you want to check them out in the future. We mainly tried out drinks and only tried a couple of food spots.

My favorite drink we sampled, obviously, was the Viva Diva Wine by Christina Milian… Yes, her actually being there made that booth a million times more amazing, but her fruity wines were actually refreshing to drink. It’s not like red or white wine that you sip on to get a little buzz in the evening. It’s the kind of wine you drink while dancing and having a girl’s night! 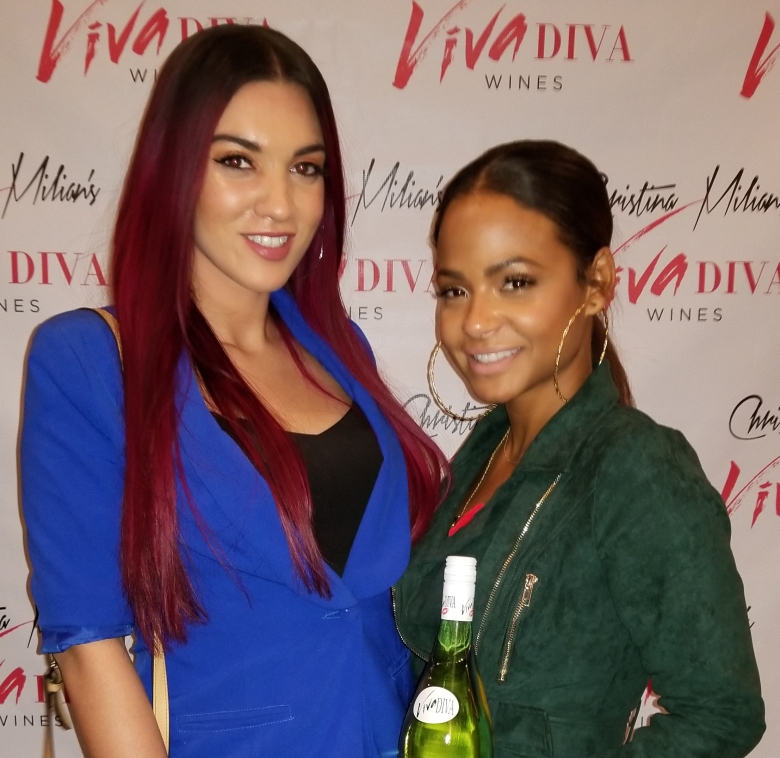 My favorite food we sampled was from Sagar Restaurant. It’s an Indian cuisine restaurant located in North Edmonton. They were the best food booth for three reasons: 1) They let you customize your plate with your choice of side and main (many other places had things pre-made and handed it to you as you gave them your tickets), 2) The food was actually SO good, 3) the portion-to-ticket ratio was GENEROUS. For eight tickets they gave you a full plate of food, I got rice and butter chicken, and not just a mini three table spoons of mac and cheese like almost all the other booths were doing! I actually don’t think I was able to finish the plate so shout out to Sagar for being LIT.

All in all, it was a good event. I think they need to standardize the portions each booth gives… not just for food but for drinks. Most places were more generous with drinks but some LOADED up on the ice and pop with a barely 1-oz shot of liquor. We ain’t trying to get drink but we ain’t trying to drink water either! I can see myself attending this event again, the socializing aspect of it was very pleasing as well, as there was definitely hundreds, if not a thousand, people there.

Thanks #RMWFF for having me! I hope to come again next year 🙂

Check out my vlog from the event as well as us hanging out the next day:

Thanks for watching and please make sure to subscribe to my channel for more hair, beauty, fashion, and lifestyle videos!